In this work, the expressiveness of materials in a conversation with their environment has been studied. An Interstitial Architecture was worked on, seeking to exploit the possibilities of the intermediate spaces between the inside and the outside. The formal richness of this project is found in those relationships and in those places. Dynamic relationships that accompany everyday life. Permeability is sought but not transparency, the juxtaposition of functions, the overlapping of screens and the game of scales.

Situation
The house is located in the Barrio San Diego in the city of Moreno. A neighborhood of big houses with gardens, tree-lined streets and large open spaces. The land is in front of a large park. We proposed a house that would match the size and importance of its neighbors and sought to make expressive use of all the resources at its disposal. A solid result that can be read as a clear piece, with an inside and an outside, a back and a front. A piece with a great identity but that integrates into the landscape with the gray of the concrete that accompanies the color of the tree, the reflections of the glass and the green of the vegetation that forms an integral part of the house.
From inside the house, views of the park are offered that are filtered by vegetation, curtains, sliding panels and the reflectivity of glass. The house opens completely towards the central patio but it is the circulation spaces that are in direct contact, taking care of the privacy of the bedrooms.
The suite has a green terrace as an “intimate expansion” that semantically works as an intermediary between indoors and the urban space.

Material
Material expression
The house exploits the expression of concrete, glass and metal. The plasticity of concrete was explored, proposing spaces with double heights and characteristic dimensions. Concrete is the one who offers the general structure of the house and the main gestures. With the glass and the plants, the spaces and volumes are defined, while the steel relates all the elements, offering works with a great level of detail.
Both the staircase and the sliding shutters on the façade are digitally machined steel sheets from computer-produced drawings. Iron works and ornaments seek to understand the resources of contemporary industry to offer an aesthetic with a modern language. Develop a contemporary and situated language.

System
The interstice
The plan clearly identifies the inside and the outside but plays with its limits. The edges are thickened and the interstitial spaces appear (A). An AABAA and ABA system is created proposing a progressive transition between interior and exterior. At the same time as organizing the plan, it improves the thermal performance.

Identity in the juxtaposition of layers
The overlapping of layers at the same time consolidates the unity of the house and blurs the edge, giving it thickness. This thickness is treated in different ways throughout the house, proposing various affections. The essence of this house is generated by the superposition of independent elements harmonically articulated to form a unit. Between these layers the Interstitial Spaces are created and it is there where the house gains strength. What could be an inert space like the interior of a double wall, becomes a leading actor. With this combination a great variety of sensations is achieved.

In this project, the role of materiality as a generator of sensations and affections was investigated. The patio scheme in a traditional house. The thickness of the edges where a new “interstitial space” appears. 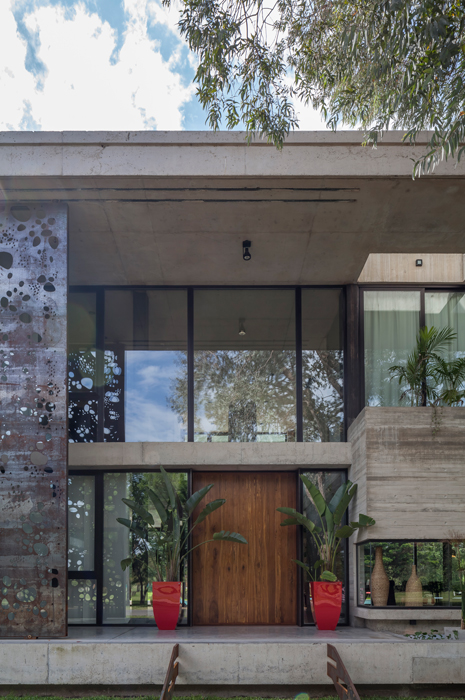 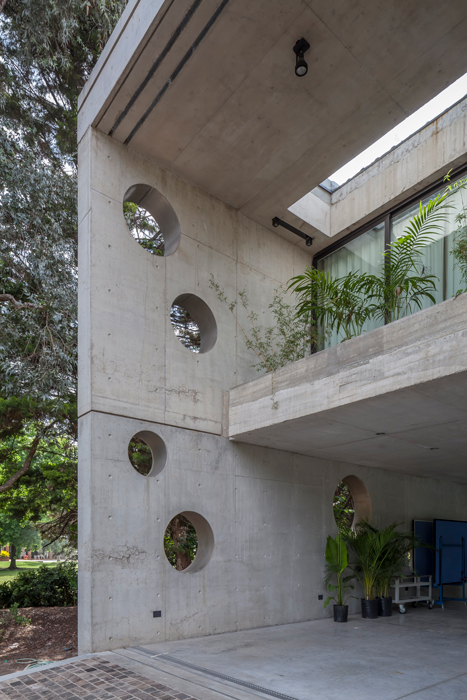 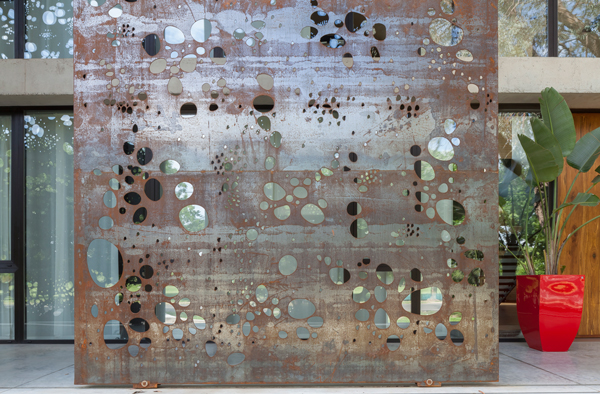 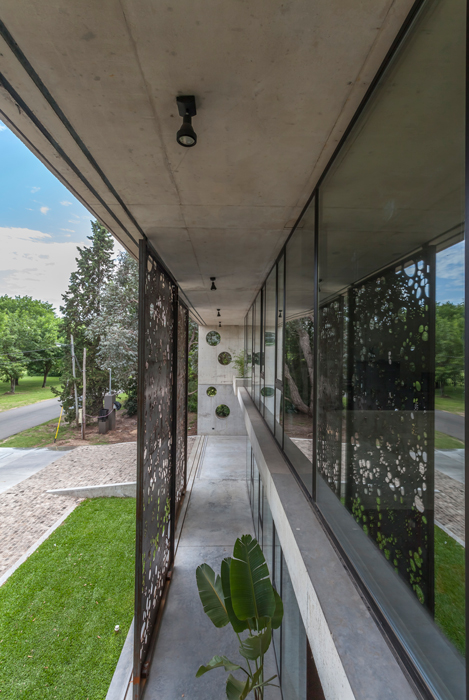 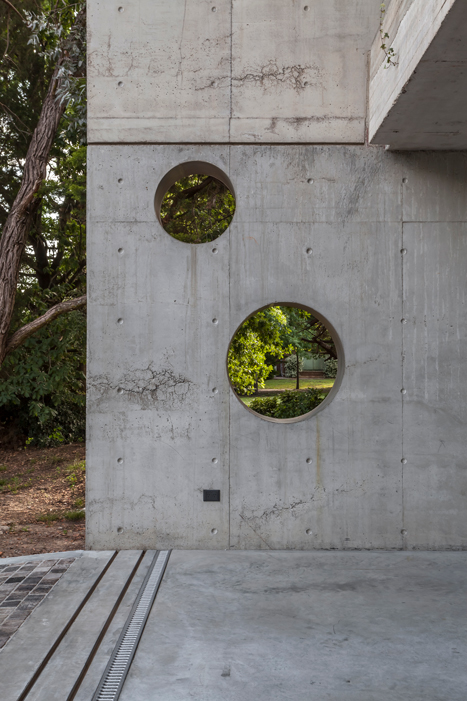 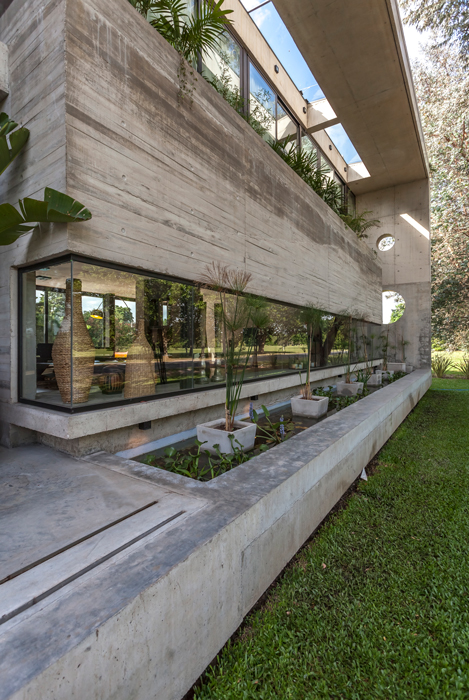 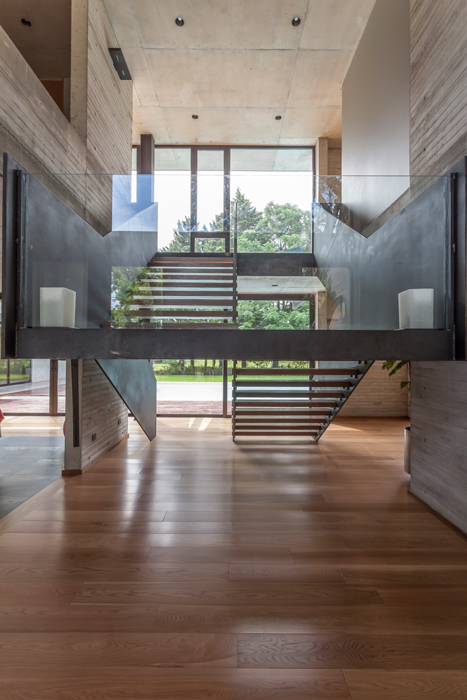 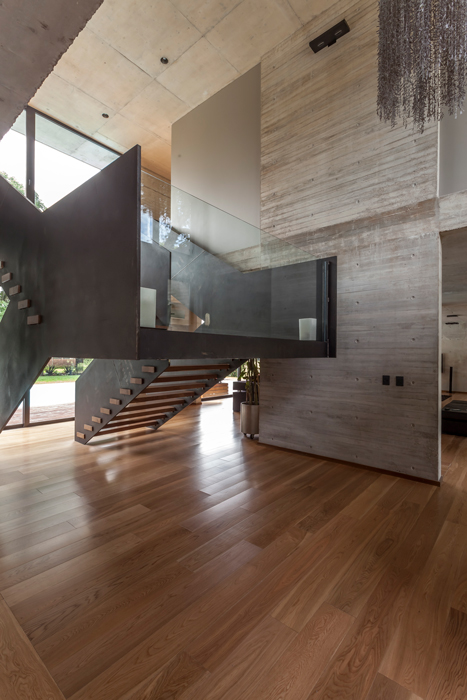 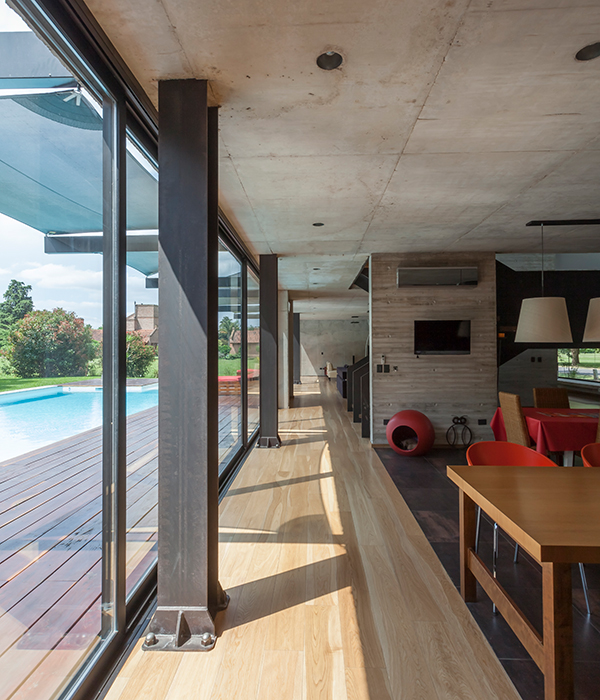 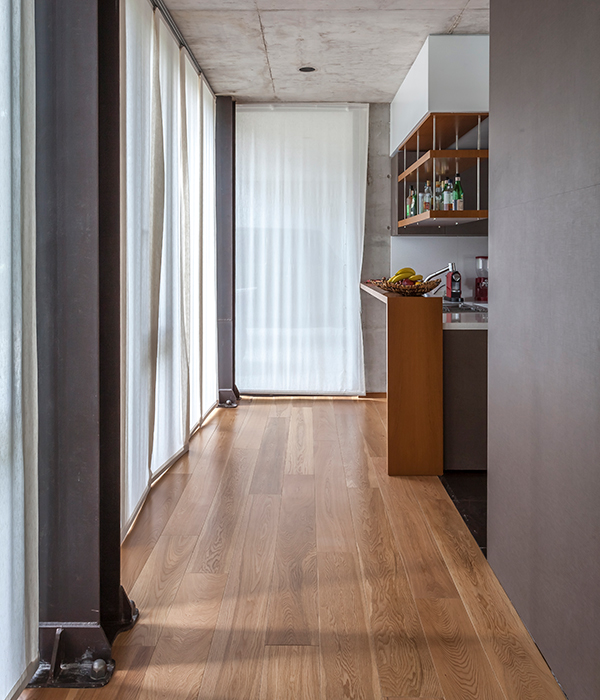 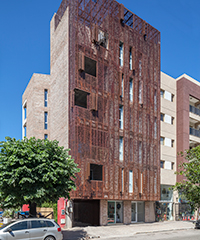 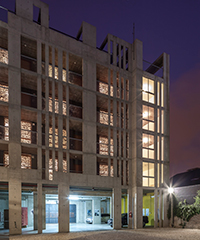